How To Develop Intelligence Of Children Through Cards?

First divide the 54 cards into 2 equals, one for each person. After you get the cards, you will play the cards separately. Like the trains, one by one. When you encounter the same card, the other party wins and you can get all the cards between the two cards. And so on, and finally see who wins.

This process mainly exercises the child's ability to reflect.

One person is the main family and one person is the player. Main licensing. First send a card for each person, and then decide whether you still need a card based on the situation in which you get the card in your hand. The total number of cards is a maximum of 10:30 (the flower card is half a point, and 1~9 represents a number from 1 to 9). If the total number of two or more cards is more than 10:30, it will be lost.

The process of playing this game on the one hand allows children to consolidate simple addition and subtraction, on the other hand can quickly compare the size of two numbers.

This game is for adults to play with their children. Two people randomly take one out of 52 cards (excluding the size of the king), and then use the method of decomposition and synthesis to join the group with the children.

Assume that the pumped is 8. Next, we will find some numbers that may be decomposed into 8 at 8, such as: 1 and 7, 2 and 6, 3 and 5, 4 and 4. Then, using the same method, it will be decomposed under the numbers of 7, 6, and 5, and the two players will compete in the process of doing so to see who is fast and has more cards. Children consolidate their digital knowledge while playing Cards Game. 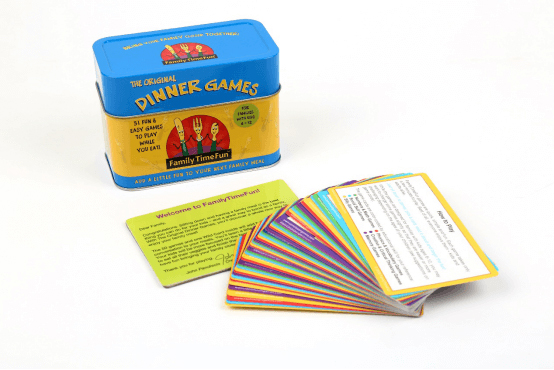 Game 4: than the size

The average of 54 cards is divided into three equal parts, one for each of the three. Then each player draws a card to see who has the smallest card and who takes the priority to compare the size of the three cards. For example: How many children's cards are bigger than their mothers, and how much smaller than their father's cards? Dad's cards are compared with their mother's cards. The 54 cards represent the numbers 1~13. In the process of playing, whoever corrects, whoever wins the opportunity to win.

One of the three people randomly draws 3 cards, and the three perform a quiz game to see who can accumulate the numbers on the 3 cards most accurately in the shortest time. The correct person gets the corresponding card and finally sees who gets In the end, who is the winner.

This gameplay has certain difficulty compared with the previous gameplay. The three numbers are added, usually more than 10 additions. The final result will be more than 30, and some involve the carry. These contents have never taught children before. Through this game, children slowly master some fast calculation methods.

Summary: The parent-child game that the above family can play together. Don't underestimate a deck of cards and change the different ways to accompany the kids. During the process of playing, the parents not only shared the parent-child sharing, but also allowed the child to consolidate the simple mathematics knowledge. I hope that I can play more tricks with the children in the future. Of course, the tools that can be played together are not only the playing cards, but also the playing cards. There are Plastic Dice and so on.

Previous: What Entertainment Can I Play At The Party?

Next: The Origin Of Poker