How Is The Development Of Chinese Card Games?

Toys are children's growth partners, and they open the skylight of wisdom. With the continuous progress of society, in addition to traditional toys, toys presented in front of people have new toys that integrate high-tech technology and modern design concepts, such as electronic game consoles, electronic pets, emotional interactive toys, smart toys, Board Game, etc. Among them, table games have developed rapidly in the toy industry in recent years due to the increase in social demand. In today's toy market, table games have a wide variety of features, a wide range of user ages, a wide range of uses, and a variety of communication methods. Whether children or the elderly, students or office workers, people who like to play these toys abound.

In table games, card-type table games are popular with many people, especially young people, because of their portability, greenness and unpluggedness, and low requirements on the gaming environment. The common characteristics of table games that are popular are based on traditional Chinese cultural elements, adding modern design concepts, and using cards to achieve them. The traditional cultural factor is the essence of the source of table game creation.

How does traditional Chinese culture relate to table games?

First, there are table games in traditional Chinese toys. Chinese traditional culture has a long history and diverse styles. Different regions, nations, and customs have different cultural elements. It is a symbol of the progress of human civilization, a crystallization of the wisdom of the working people, and a symbol of the Chinese nation. In today's global cultural integration, maintaining the vitality of traditional Chinese culture must be passed on through a variety of communication channels. Combining traditional Chinese cultural elements with Cards Game to design toys that meet modern people's thinking and aesthetic tastes are among them. One of the effective ways. 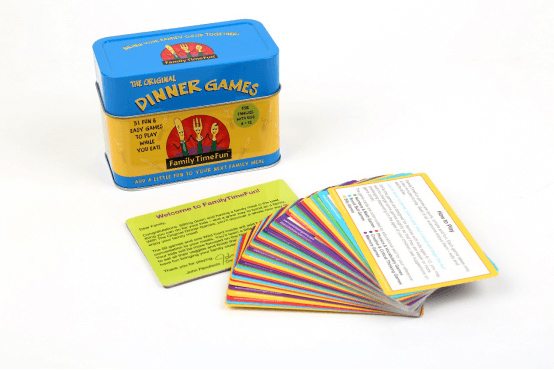 Second, traditional culture contains rich and colorful table game creation elements. There are many types of Chinese folk toys. From its classification criteria, we can see that each classification criterion is the reflection of traditional culture in folk toys. Historical characters, literary works, myths, folk customs, and seasonal toys can be used as the source of card table game creation. The development of this card table game should actively explore the creative elements of traditional culture that are good for design To embark on a new path for the development of the cultural industry.

Traditional culture is the crystallization of national spirit, wisdom and experience. It reflects people's living conditions and emotional needs. It is formed by collecting various elements in the development of Chinese history and gathering the efforts of generations. Similarly, card table games also exist because of the needs of people's lives. They are the product of changes in the times and are products that give people peace of mind and body today at a fast pace of life.

The above is the development of card games in China introduced by Cards Game Manufacturer.

Previous: Do You Know How To Make Playing Cards?

Next: You Do not Have To Play Board Games