The Origin Of Poker

Poker is an entertaining, gambling paper tool that is popular around the world. Because of its different ways of playing, it is commonly known as playing cards, Wanliu, Majiu, etc., and the titles are different. Its standard name poker is the transliteration of the poker.

The origin of playing cards is not completely certain, but it is generally believed to have evolved from the French tarot card. Early poker cards were probably introduced to Europe by Egypt at the end of the 14th century. In the 15th century, K was usually regarded as the biggest card, and A was the smallest card. The way to treat A as the biggest and 2 as the smallest may now begin after the French Revolution in the late eighteenth century. So how much do you know about the origin of poker? The Board Game Supplier below will come to tell you. 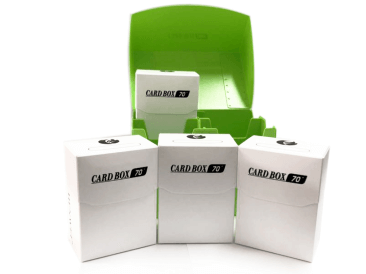 The origin of poker has a long history. People only know that poker is from foreign Europe. In fact, paper toys originated in China.

As far back as the ancient Zhou Dynasty, it was said that the young Zhou Chengwang had played a game of "cutting the leaves of the leaves" with his younger brother and uncle in the court. At that time, paper was not invented, so the leaves were used as toys. In the Tang and Song dynasties, Chinese ancestors invented a kind of card that can be used for games or gambling, called "leaf play." In addition, the legendary general Han Xin invented a card for entertainment in order to reduce the number of nostalgia for the soldiers. Because it only has the size of the leaves, it is called the leaf play. From the literati bachelor to the civilians, they are all happy. In the Ming and Qing dynasties, the "Leaf Play" cards, each with 40 cards, were divided into 4 categories. There are many patterns on the cards, including characters, birds, beasts, flowers, birds, insects, fish, etc. After the end of the Qing Dynasty to the Republic of China, the cards were about 8 cm long and about 2 cm wide. People called cards. So far, there has been a Cards Game for people to entertain. Around the 13th century, this card game was passed to Europe. After a period of time, the card evolved into a card, which gradually formed a universal playing card and became an international card.

In the future, it will become 52 pairs of international poker cards, plus "Joker" (also known as the size of the king or the size of the ghost), a total of 54. At this point, the colors, points and k, q, j patterns on the playing cards are basically finalized.

Later, according to the calendar in astronomy, Westerners set the content of this card game card to 54 pieces, four colors. In this way, after a long period of time, it gradually became more consistent.

There are 54 cards, which means that there are 52 weeks in a year. Two decks of big cats represent the sun, and kittens represent the moon. Peach, heart, square and plum represent the spring, summer, autumn and winter seasons. The red card represents the day, the black card represents the night; the number of cards in each season of 13 weeks and poker is exactly 13 cards, the sum of the 13 cards is 364 plus the kitten's point, is 365, and generally The number of days in the year is the same; if you increase the point of the cat, it is exactly the number of days in the leap year. There are 12 cards, k, q, j, etc., which means that there are 12 months in a year, and the sun goes through 12 constellations in a year.

Today, poker is not only made of paper, but also many other materials. There are crystal poker, agate poker, ivory poker, elephant bone poker, horn bone poker, bamboo poker, plexiglass poker, fiberglass poker, etc. These cards are used for collection and are rarely used. In addition, there are various types of items for storing playing cards, such as a PU Cards Box.

Previous: How To Develop Intelligence Of Children Through Cards?

Next: The History Of Poker