Dice, also known as dice, because of its uncertainty but controllable (1/6 probability), it plays an indispensable role in many daily activities, and it is also a touchable Objects. The introduction of Plastic Dice makes the direction of the game full of variables. Children have cognition and acceptance of probability. The dice also have a number-related feature, so that the intersection of probability and numbers is more Scenarios are generated, which require continuous dynamic calculations to deal with. In mathematics enlightenment abroad, these characteristics of dice are also used to drive children's calculation thinking through dice games to complete these mathematical tasks during play.

Plastic Dice Suppliers have collected and sorted out some representative games of High-Quality plastic Dice, which parents can play with their children at home. The games in the article will be presented in order from easy to difficult.

Draw an apple tree. The apples on the tree are marked with numbers from 1 to 6. The basic task of the game is to colour the apples with the same numbers on the dice by rolling dice. This is also one of the simplest forms of dice games. After children have a knowledge of number, they can play, which is the beginning of cultivating children's sense of number. When parents and children play together, they take turns to cast each other until they have finished dividing the apples on the apple tree. According to the situation, create more opportunities for the children to get more apples. At the beginning of play, it is more important for them to win.

First, define the corresponding relationship between each part of the sunflower flower and the number of dice points. The task of the game is to complete the stitching of the sunflower flower by rolling the dice. The child competes with the parent to see who puts the flower together first. This game does have certain requirements for children’s fine movements and observation of the composition and structure of objects. Parents can change more themes to keep the game fresh, such as a picture of a bear and a lamb (definition points and animal body parts Correspondence), do some manual stitching, etc. 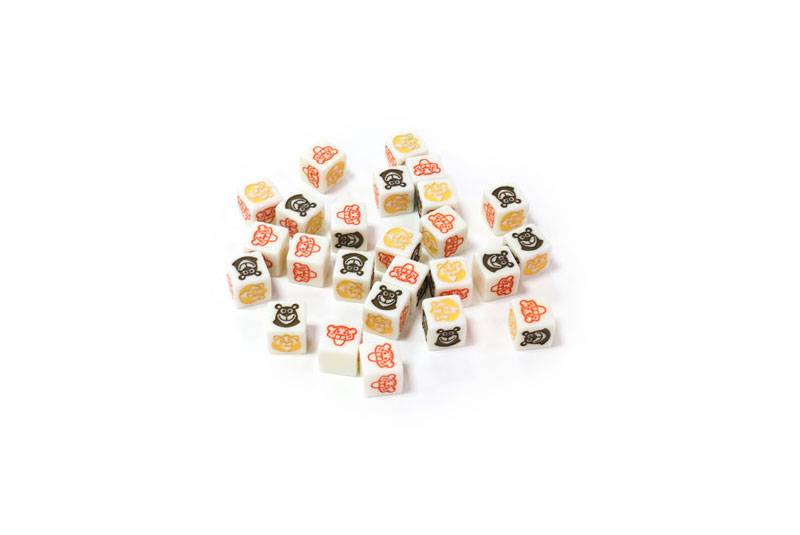 Who is the biggest

Use 2 dice (or 3 dice) to throw, find the largest number of points permutation (if the number of points thrown is 3 and 6 points, the maximum a number of components are 63), the child and the parent respectively get " The the largest number is compared with each other, and the largest one wins this round. In this game, children need to have a certain concept of the size of the logarithm (smaller children can make some intuitive correspondences to the size, such as corresponding to the number of Lego and height, etc.). In the game, children are allowed to judge and choose the size of the logarithm.

Compared with the simplicity and directness of a single dice, the addition of two dice points increase the difficulty by one level (addition within 6), so that the label selection range is a number between 2-12, and the player gets the number and the cast Two blocks with the same number of dice points are painted and the player who paints more blocks wins.

When you first start playing, you can provide your child with some beans to count, and you can write it on paper (list numbers and formulas), and then let the child does mental arithmetic and gets faster and faster. In this way, "grab" apples and strawberries, allowing "boring" arithmetic operations to continue.

Previous: Do You Know About Blackjack In Poker Games?

Next: How To Make Playing Cards?